Once again I've been lucky enough to sneak my way into the inner sanctum that is Battlefront HQ here in New Zealand. They typically know that I'm coming and hide all the really juicy stuff but I did spot these little beauties and asked if I could let the Behind Enemy Lines faithful get a sneak peek at what's going on.

Hitting stores very soon will be four new Late War starter boxes for Flames of War. Leveraging their ever-expanding plastics range, Battlefront have put together a box for each of the Big 4 for new players and old to get into a force from the closing stages of the war. Hell, they even give you an intel briefing and rules to make it really simple!

Let's have a look at them individually and see what you get! 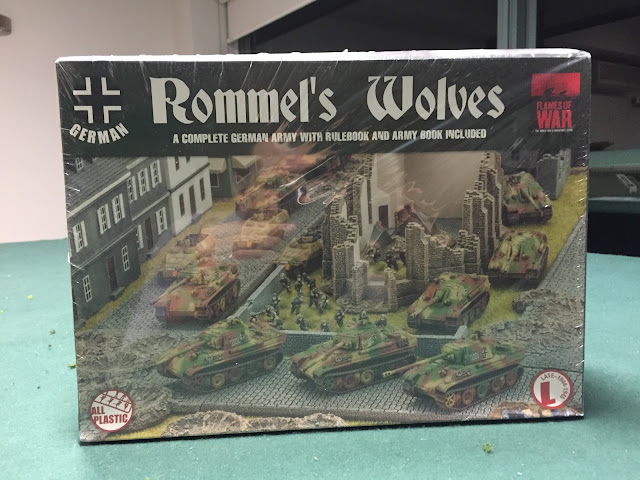 The German starter has some serious kit inside and is the basis for some amazing Eastern Front action or potentially expanding your Western Front force. Included in the box, you're going to get:

- 7 Panthers
- 3 JagdPanthers
- Full Panzergrenadier Platoon
- A copy of Desperate Measures, and
- A mini-rulebook The rear of the box also gives you suggestions for your next additions to expand on the basic forces you get in the box, which is a great addition. 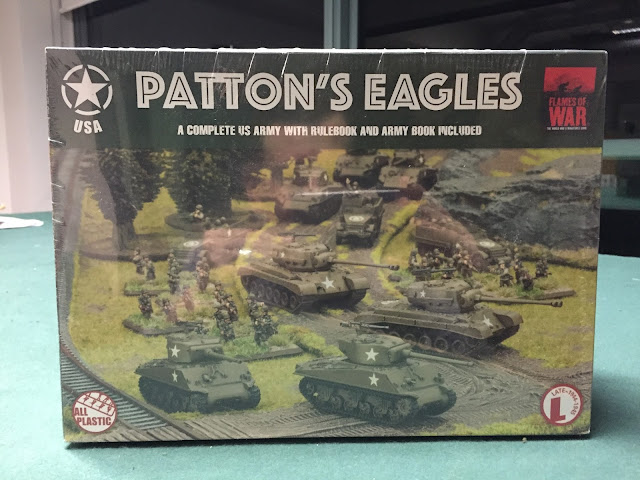 On to the Yanks and once again you are getting a whole heap of bang for your buck here if going down the American road is your cup o' Joe. Included in this bad boy, you're looking at: 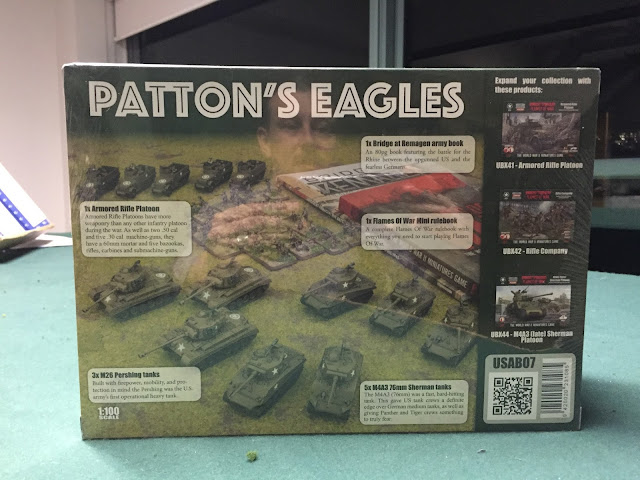 Once again, there are expansion suggestions on the back. I really like this box and I like the idea of having 3 Pershings on the table at once, but they could have possibly included 2 and maybe added another couple of Shermans. In saying that, there is some amazing value here. 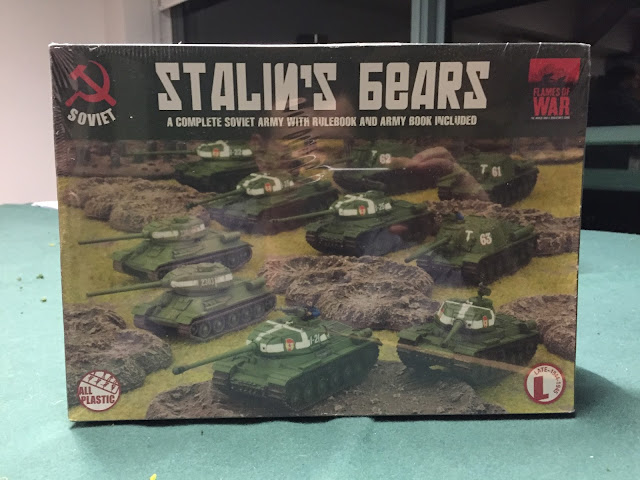 Welcome comrade. Welcome to masses of Soviet steel, ready to crush German defenders underfoot. While this set seems smaller than the other two, you are getting a hold of a HEAP of Soviet tanks in here and, lets face it, that cant be a bad thing! Tucked away in here, you'll be getting: 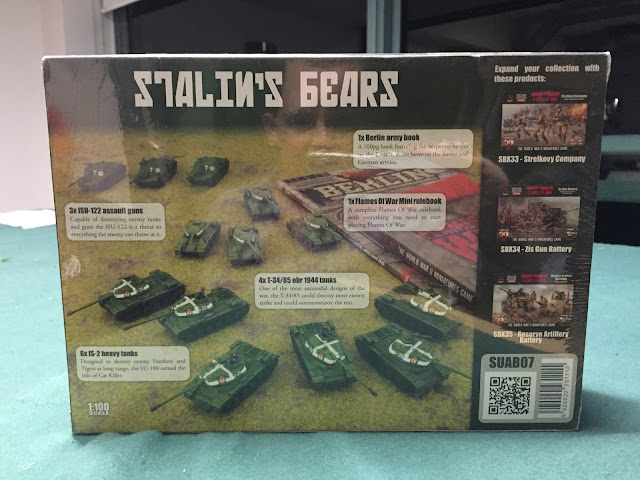 Once again, expansions suggestions on the right side. This one I feel could maybe have done with less IS-2s and more T-34's but that's a personal opinion. Given you'll be using Berlin as your briefing initially, the higher number of IS-2's makes sense. A great Soviet option here. 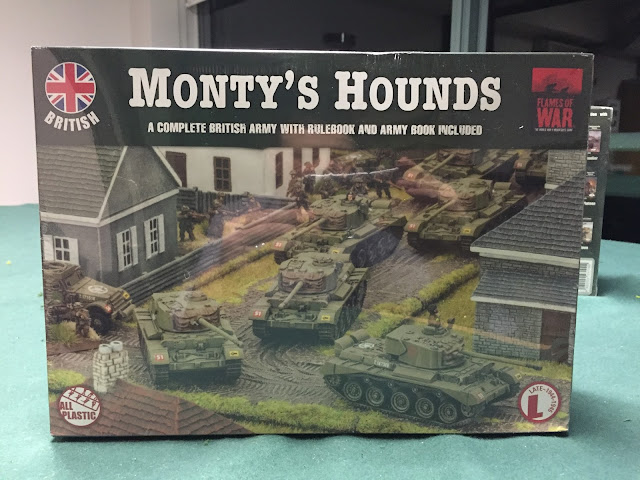 A last but not least, old chap. Here, you have the finest of British engineering and some likely lads to march on in to the heart of the Reich. What are you going to see when you open this up? Well:

- 7 Comets
- Full Motor Rifle Platoon
- A copy of Nachtjager, and
- A mini-rulebook 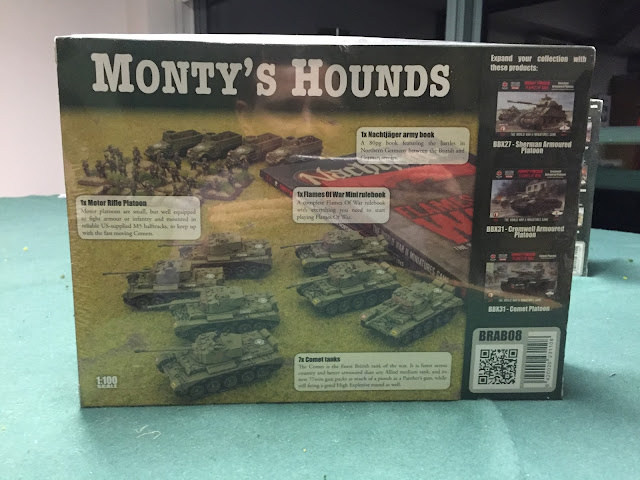 Again, on the surface this doesn't seem like a lot, but remember that you are getting Comets! They are some SERIOUS firepower in a really swift package and well worth the points you're paying. Add in some Cromwell's and you're well on your way.

For beginner players, these boxes offer you some great value and give you everything you need to get started in your Flames of War career. You and a mate could buy one each and easily start battling once you've built your new toys. They also give you a great starting point for expansion into a larger force with a couple of additional purchases.

For more established players, I still think they're great if you're potentially looking to add a new nation to your collection. You can easily flog the rules off or donate them to a new player if you wanted to as well, so no loss there.

The addition of the briefing books is what really makes a difference here. Previously, you'd buy an army deal or something like that and not actually know what your force would be shaped as. Now, you have a point of reference straight away.

With Battlefront continuing to expand their plastics range, I think we could see more of these in the not too distant future.