Some Awesome for Your Thursday

Welcome back for another Awesome Sauce Thursday! For those interested in historical games and located within travel distance, Historicon is probably on your calendar. It would be for me if I lived close enough! But alas, I live vicariously through the blog reports and AARs I can find online.

There is always one blog I always start with to read about this year's Historicon. Miles' Lair of the Uber Geek is loaded with articles about some of Historicon's most interesting events, scenarios, and meet ups, many of which he's actually helped bring into existence. It's something I look forward to every year, reading what Miles is cooking up (sometimes literally!), checking out his WIP updates, and all culminating in the event AAR itself. It's people like him and his comrades in arms that makes this hobby great. They go out of their way and humbly dedicate time, creativity, passion and resources to make fantastic events for players to enjoy. I firmly believe our hobby needs more people like that!

So here's his blog. Please take some time and read a his excellent articles, but don't blame me if afterward you go out and buy 100s of dollars on ACW troops and ironclads. I've got my own guilty stash to deal with!

Lair of the Uber Geek
http://lairoftheubergeek.blogspot.com/

Leaf it to the Pros

Autumn is one of those seasons that is sometimes forgotten by wargamers. Like with winter, it's a bit of a commitment in terms of having to go all in when chosen as a basing scheme for an army. But when done, it looks well and is distinct. Similarly, you don't see autumn tables much either. I find that surprising as it's such a stunning color contrast to winter and summer and would make for a brilliant contrast at a wargames event. Hopefully, we'll see some more tables come out of the wood work, as there are some good tutorials out there to help get you started!

Chest of Colors
How to make Autumn bases
http://chestofcolors.com/how-to-make-autumn-bases/


EonsOfBattle
How to Create an Autumn Base

This was meant to up up yesterday, but I may have forgotten to set the schedule timer! Sorry about that.

This week for Awesome Sauce Thursday, I'd like to feature Guerrilla Miniature Games. They came to my attention a few weeks ago with their This Is Not A Test battlereport. These guys love their games and I look forward to diving into their back catalog of videos! I love how they've woven their local area in the narrative of their TNT games. They also have an Age of Sigmar report as well, which I've found very useful for learning the basics of the game.


Find out more about This is Not a Test here:
http://worldsendpublishing.com/

Find out more about the Age of Sigmar here:
http://www.games-workshop.com/en-GB/Warhammer
Posted by Scary Biscuits at 10:23 AM 3 comments: 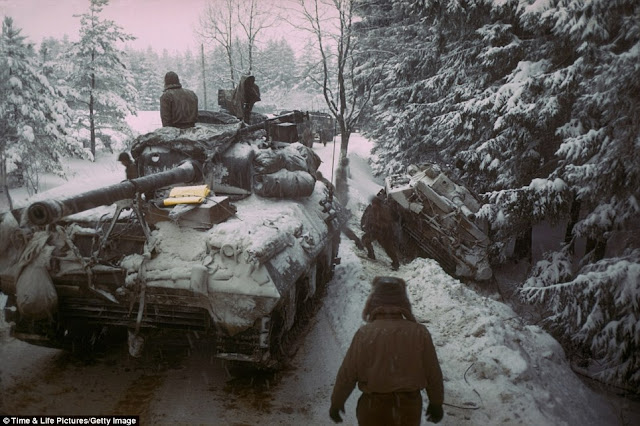 This week, for Tutorial Tuesday, thing are going to get frosty! It's winter here in NZ, so we feel that where ever you are in the world, you should be cold as well. So here's some ice, snow, and slush for your wargames tables and miniature bases!

Posted by Scary Biscuits at 1:27 PM No comments:

Well, the dust has finally settled after an amazing weekend of wargaming fun and adventures! This week for Awesome Sauce Thursday, we'd like to highlight all of the New Zealander blogs that have featured this great event, with AARs, photo dumps and more!

Just a quick bit of background, Panzerschreck is the world's longest running Flames Of War tournament event, dating back to even before there was a printed rulebook. The format over the years has evolved and these days it's a doubles event, two companies per team sharing 2000 points between them, played on 8x4 tables. It certainly adds an interesting layer to the standard tournament format! 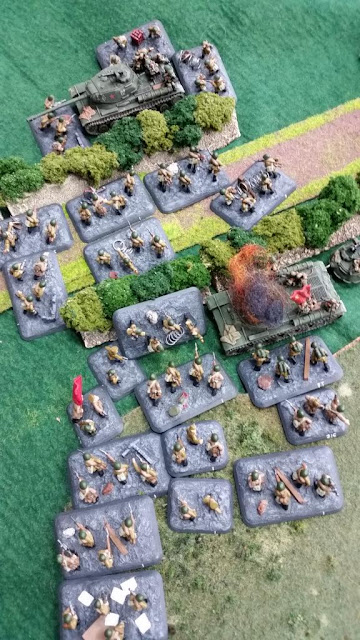 So without further ado, here's what those who went for the Flames Of War event had to say!

(If you or someone you know has been left off the list, drop us a link in the comments and we'll add them here!)

Scott's Wargaming
Getting back to enjoying a weekend of hobby fun.

The Regiment
Its not the winning that matters...

Wargamer on Tour
On the Road to Panzerschreck 2015

The Tao of Magnus 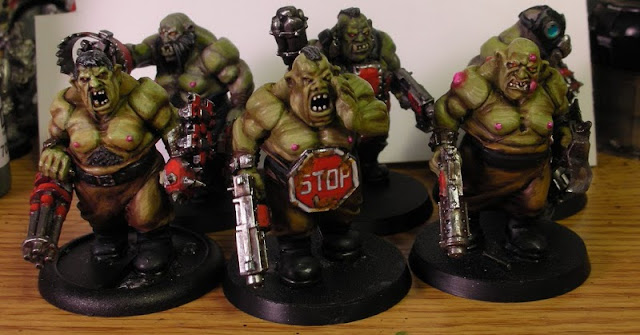 We're less than 24hrs away from our big trek down south for Panzerschreck this year. We're all busily painting and putting the last touches on our armies and getting our support gear together, like bags of cheetos, since all three of us (four if you include Damian) are the qualified "cheeto-eater" in each of our respective doubles teams. Anyway, while we get cracking on that, here's a quick Awesome Sauce Thursday update!

This week I want to introduce you to Magnus. I first met Magnus during my university days through our local wargames club, Da Momma's Boyz. I honestly thought his name was a piss-take because at the time he was playing Magnus the Traitor from Warmachine. I just thought no one was really named that in the Pacific Northwest, and perhaps he just really, really liked that warcaster. It's university and stranger things happen with names and personal reinvention. But no, I failed to consider the much more likely explanation that his name was actually Magnus, and he chose the warcaster accordingly!

Anyway, we were both highly motivated gamers and we got on famously, working up some huge club projects, like all five Normandy beaches, Pointe-du-hoc and three airborne tables for a huge Flames Of War mega battle. Magnus has always been one of those guys that's essential to a group due to his undying enthusiasm for wargaming. He's good people doing good stuff for the community.

When This is Not A Test was launched, I immediately thought of Magnus, because several years ago he was working up a Fallout-themed army using GW figures. If you follow the This Is Not A Test facebook page, you've probably seen some of his more recent work with his Dead Snakes gang.  So today, I'm going to showcase his blog, and I highly encourage you to follow him. He's a gamer of all sorts of systems, and he is probably one of the most creative people I know. Please check it out! 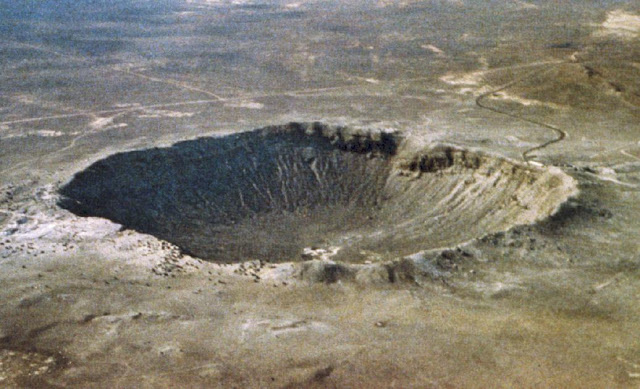 Just a quick post this week as we're getting ready for our annual pilgrimage to Palmerston North to play at the Panzerschreck event this weekend. So, for this week, let's have a quick look at earth-breaking terrain: craters, explosions, and more.

Posted by Scary Biscuits at 1:25 PM No comments: 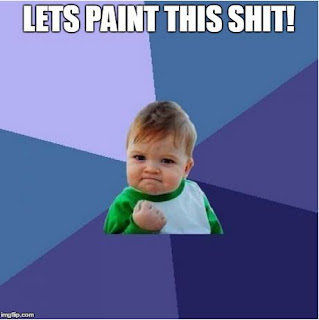 I've said it before, both here and on the podcast, that I'm not the greatest painter and nor will I ever be. But I'm trying to get better and I'd like to think that I've come quite a ways in the last couple of years.

One of the things that really makes me want to get better is looking at the amazing painting that other people do, whether that's in the flesh or through pictures online. The Internet is an inexhaustible source of motivation regardless of what your particular wargaming poison is.

So, here are a couple that I keep my eye on and when I need a little inspiration, just taking a look at some of the amazing paintjobs usually does the trick! I've broken this down into a couple of different areas but as I'm predominantly a WWII gamer, it has a little more attention....

Achtung Panzer on Twitter: This place has some of the most amazing paint jobs and dioramas of WWII AFV's I have ever seen! Some of the painting here is so realistic, you think you're looking at a photo. 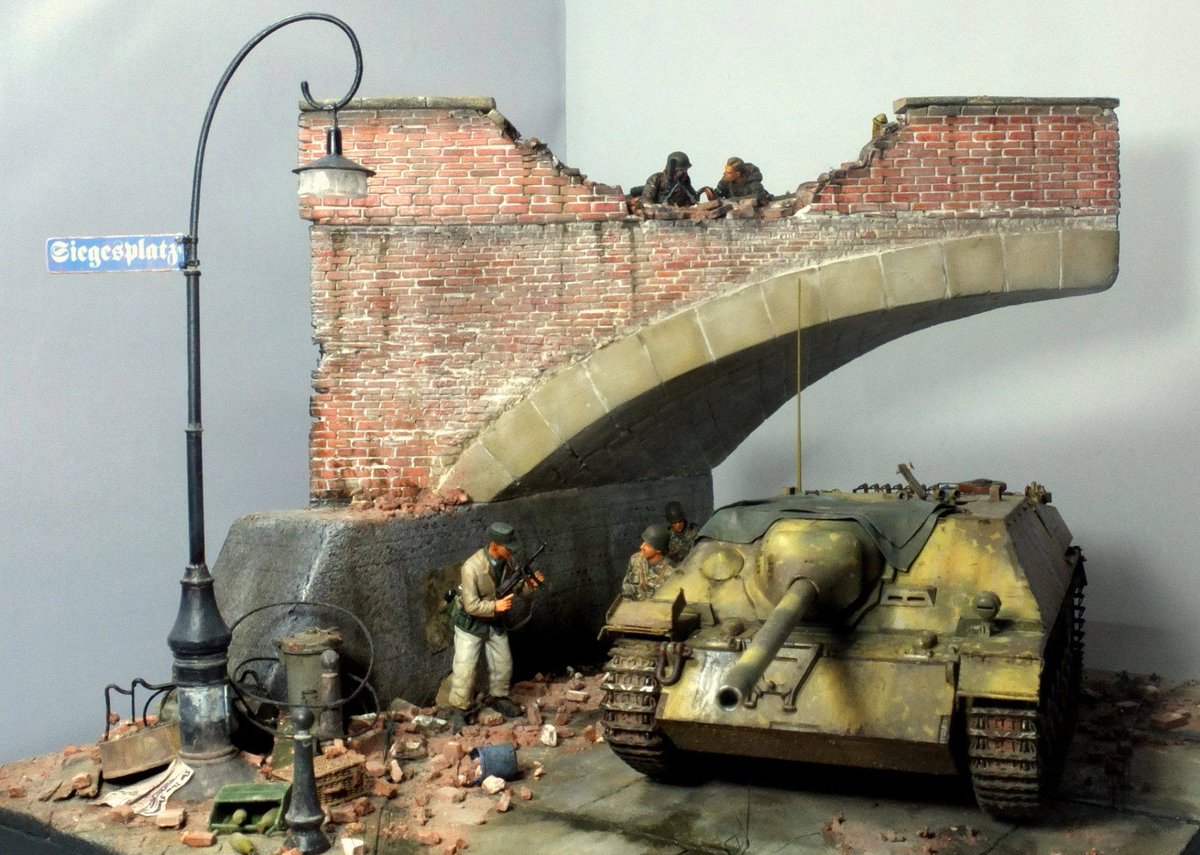 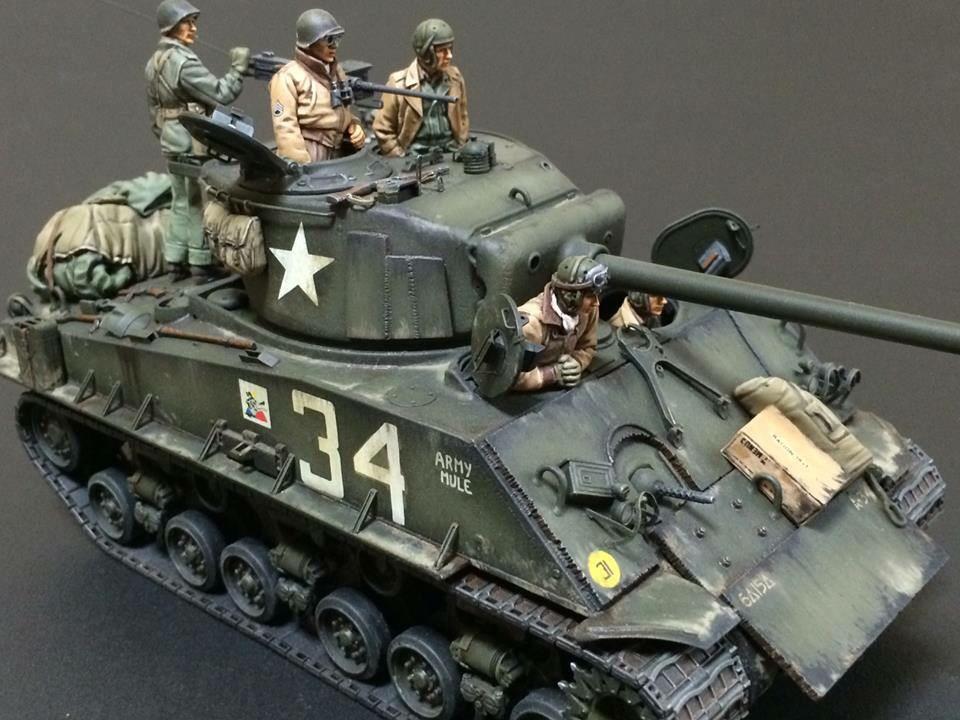 While a lot of it is larger scale stuff, the inspiration you can draw from here is outstanding!

Twitter is great way to get inspiration on the go and also keep abreast of news and goings on in the gaming world. If you're not already on Twitter, I suggest giving it a go. You can even follow us there!

The Gallery on the Flames of War forum has player posted pics of works and discussions around them. I've found this to be an awesome place to learn a few new tricks.

And of course, for all your other mini painting needs, where better to go but Reddit! They have their own subreddit, r/minipainting, which has an ongoing and ever growing list of great (and not so great) works for you to draw inspiration from.

Now, in providing all these wonderful means of drawing muse from, I invite you to take a look and just go.....WOW...at some of the efforts but remember that ultimately you're painting your toys. If you're happy with them, really that's all that matters!

And dont paint all your toys....

Posted by Scary Biscuits at 12:46 PM No comments: