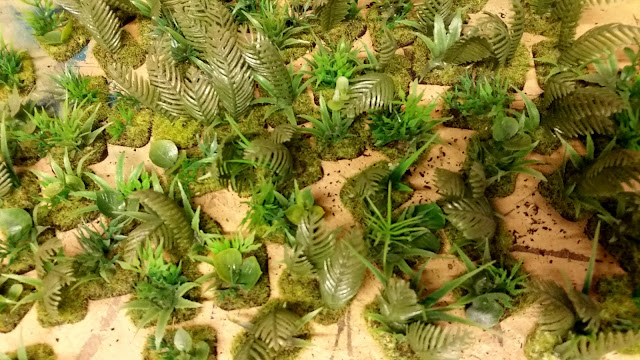 Using the method I described in the Jungle Patches and Woods article earlier this week, I made up some scatter terrain using the same bits of foliage. This time, instead of using the larger bases, I put them all on small Flames of War command bases so that I could spread them out a bit further. 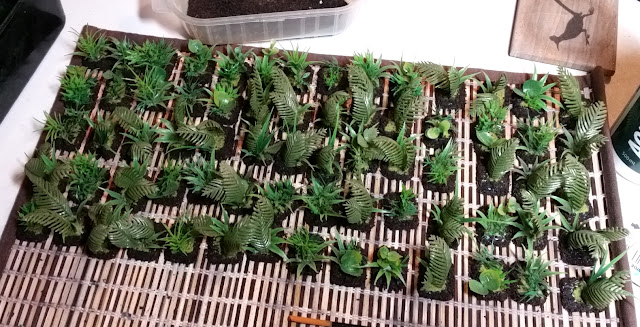 The concept of scatter terrain is an interesting one. Unlike normal terrain, it’s meant to represent ambient terrain, that is to say the common terrain that most tables just take for granted and not display. Sometimes, but not always, scatter terrain in Flames Of War is purely cosmetic and has no impact on the battlefield, such as telegraph poles, single trees, or sign posts, etc. But in the jungle, scatter terrain can be made to be more important.

Furthermore scatter terrain serves an important role as a terrain amplifier. So, for my terrain collection, I decided to have a go at some scatter jungle bits. Not only can I use the Elephant Grass rules on my table, it also serves as a way to “fill out” the table in a much more realistic way, taking some of the pressure off the larger Jungle Patches, crops, and rice paddies.

Often you'll see wargames tables that have a lot of open spaces, and for some games that's important (like ancients), but the tables end up looking very unrealistic with smooth flat surfaces between terrain features. The great thing about scatter terrain is that it breaks that up so that the table looks full and interesting, even if, by the rules definition, it's not. Here's a quick before-and-after of a Pacific/Vietnam battlefield first with no scatter terrain, then with some. 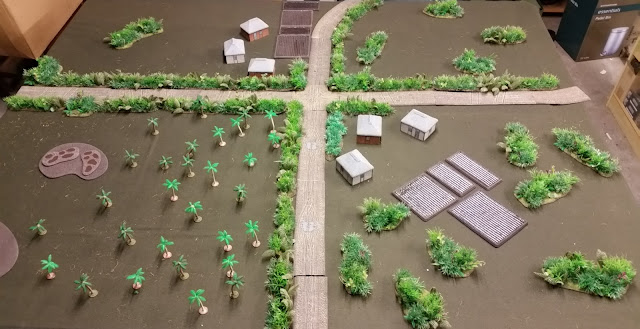 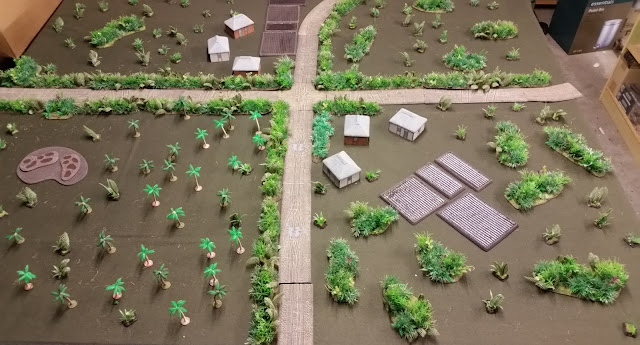 Once I have more larger terrain pieces I can adjust the amount of scatter terrain up or down depending on what I'm going for. In the meantime I feel as though the table is ready for some preliminary PTO or Nam games, especially if I use the Elephant Grass rules from Flames of War: Vietnam. 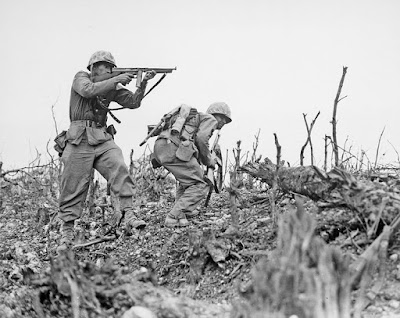 Using the Elephant Grass special rules from Vietnam, you can add some interesting flavor to your battles by checking to see if the open spaces on the table are indeed as open as you think. Roll a die and find out!

So at this point you can just play the game without the scatter terrain, but after playing a lot of Nam games with elephant grass terrain markers on the table, it just adds that extra level of realism as well as serves as a very important visual reminder that that open field isn’t so open and perhaps you should put a bit more firepower over there!

If you want to add further interest to your early war battles in Asia, try playing your games with the Elephant Grass rules from Tour of Duty (FW901). As a side note the FoW: Vietnam book: Brown Water Navy (FW903) has even more jungle and riverine related rules for those interested.

Away from the villages, and even in gaps in the jungle, rice paddies give way to ‘elephant grass’—the soldier’s universal catchall for tall grasses. This ranges in height from knee high to well over a man’s head. The ground beneath can range from hard-packed earth to flooded and muddy depending on the season.


All elephant grass is Slow Going.

Posted by Scary Biscuits at 9:30 AM